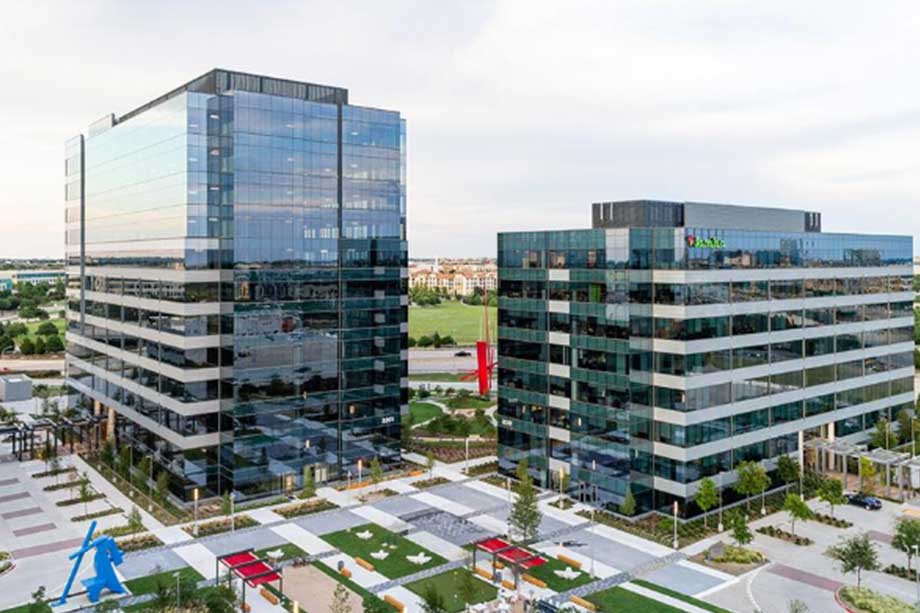 A unanimous Frisco City Council vote gave HALL Park the greenlight to transform from an office park into a mixed-use development.

The council voted Tuesday to approve more than 2,000 residential units and increased building height up to 25 floors at the 162-acre park west of Dallas North Tollway.

While the proposal sailed through Frisco’s planning commission and city council, many residents in the neighborhoods surrounding the office park were not on board with the zoning changes and the 9.5 million square feet HALL Group will now be able to add to the existing 2.5 million square feet of office space.

Paul Weisgarber, who moved to Frisco in 1998, said he sees HALL Park office buildings peeking up over his wall when he looks north from his backyard on Creekview Drive. He said he can’t imagine having buildings two to four times the size towering over his home.

Frisco Mayor Jeff Cheney said he understood the concerns of the surrounding neighbors but that the overall interest of Frisco and its future residents have to be taken into consideration.

Mayor Pro Tem Shona Huffman said some of the emails council members received from residents who opposed the zoning proposal said they wanted the council to focus on lowering property taxes instead.

“A bedroom community is the most expensive community that you can have. It is extremely costly to have single-family rooftops across suburban areas. You’ve got to have commercial development. You’ve got to increase your commercial share of the percentage base. If you don’t do that then your property taxes are going to soar,” said Huffman. “And so the most important way that we can do that is by increasing our commercial development that exists.”

Building upon a development like HALL Park is critical to its long-term survival, she said.

“If this office space does not get redeveloped, in my opinion, the value of that property is going to decrease tremendously,” Huffman said.